* Vernon attended Curtis High School (1983-1986) where he all-stared in football and track.

* He received a full athletic scholarship to Carson-Newman College from 1986-1989 where he was named honorable mention All-American in football. Carson-Newman went to the National title game 4 out of 4 years Turner was there, and won it 3 times.

* Vernon was forced to turn to the sport he fell in love with as a child to save his family.

* Vernon was part of the 1990 Buffalo Bills super bowl team. He was honored several times with the NFL special team Player Of The Week award.

* In 1994, Turner also had the good fortune in being the first person ever to return a punt for a touchdown while playing for the Tampa Bay Buccaneers.

* Turner found the time… and courage to write and release his candid Autobiography in 2012 titled, The Next Level: A Game I Had To Play!

* Vernon is now on a mission to change and save lives with his heart wrenching and truly inspiring life story by reincarnating his autobiography into a feature film... 'RELENTLESS'

"I’ve always found it difficult to describe or talk about myself.  I guess you can say that I am my own worst critic. I am so far from being a perfectionist but I do try not to make the same mistake over and over again. They say that everything happens for a reason; well, I’m a true believer of that.... Everything that has happened to me, every person that has crossed my path, it all had some type of an effect on my life.

My past experiences became my toolbox for future journeys. Though I find myself making tons of mistakes to this day, I try to only do things that will allow me to sleep at night. My stubbornness sometimes get in the way of doing the right thing.

I’m a pretty private guy and I’m extremely uncomfortable being in the limelight. I think one of the reasons I chose to play football was because I could hide inside my helmet.... The only issues I had were when I took my helmet off!

I love life “Big-Time”. I’m very thankful for all the gifts that God has given me. I try to stay fit at all times; if you take care of your body, your body will take care you. Some people mistake my kindness for weakness; that changes quickly, once they get to know me. I feel like I am the luckiest guy in the world. God has blessed me with a ton of life experiences that made me the man I am today. I've learned never to take anything or 'anyone' for granted because it or they can be gone in the blink of an eye!!!

I've worked hard in keeping the “Grey” out of my life (and out of my hair). I try to let people know where I stand at all times. ‘Negativity’ is not something I try to practice.. nor do I want around me. Leaving my mark and making a difference is extremely important to me. Everyone needs to ask themselves,... "If I died today, how would I be remembered?" 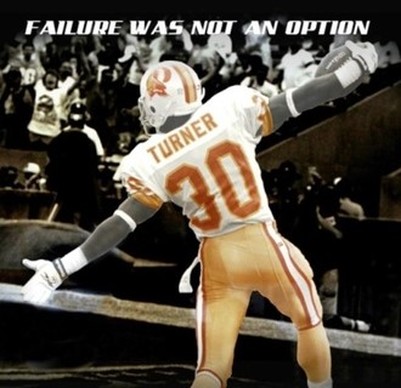